The devil’s in the details: chasing perfection and catching excellence with Ryan Nelson

“Craftmanship is about far more than being a skilled maker.” Says Melanie Eddy, who spoke to Ryan Nelson about the quest to find perfection as a young goldsmith and diamond mounter in the 21st century jewellery industry.

Despite his youth, Ryan Nelson is a jeweller in the old-fashioned sense of the word, painstakingly crafting pieces directly in metal. What many in the UK industry would refer to as a diamond mounter, refers to one working by hand to fabricate the framework and components (frequently known as mounts) for gem-set jewellery pieces directly in precious metals with techniques that have stood the test of time. Moving from cold to hot repeatedly, step by step forging, forming and fitting until the raw precious metal is shaped into the required design. Many of our most skilled craftsmen and women in this area remain essentially behind the scenes.

Very few that start out in fine jewellery along this path end up as the face of namesake jewellery brands. Fewer still those of black heritage. Not only has Ryan bucked this trend striking out on his own (as encouraged by his mother Michelle) but also explicitly putting his face to the brand he has founded. In doing so he has shed a spotlight on many of the processes behind this traditional specialist jewellery role.

A life-long passion for making is almost always cited by those who take on the task of mastering a craft, and Ryan is no exception. As a child he was fascinated by the tools in his father’s workshop, his father Michael being a jeweller. That early desire to form, cut and melt metal stood him in good stead for the career he was later to embark upon.

His father was an incredible craftsman who could make pretty much anything with his hands, but his work ultimately took him into managing a large workshop, processing big orders. It was fast paced work – consistency, speed and efficiency all key to success. Being close to this way of working instilled an incredible amount of discipline in Ryan. This combined with his experiences as an apprentice, spending 5 years with David Lawes (Hatton Garden based jeweller with 40 years’ experience), where he inevitably had to slow down and cultivate the patience and dedication required to fabricate one-off bespoke pieces set the tone for his move later on, after further time working as a mounter, to establishing his own jewellery studio. 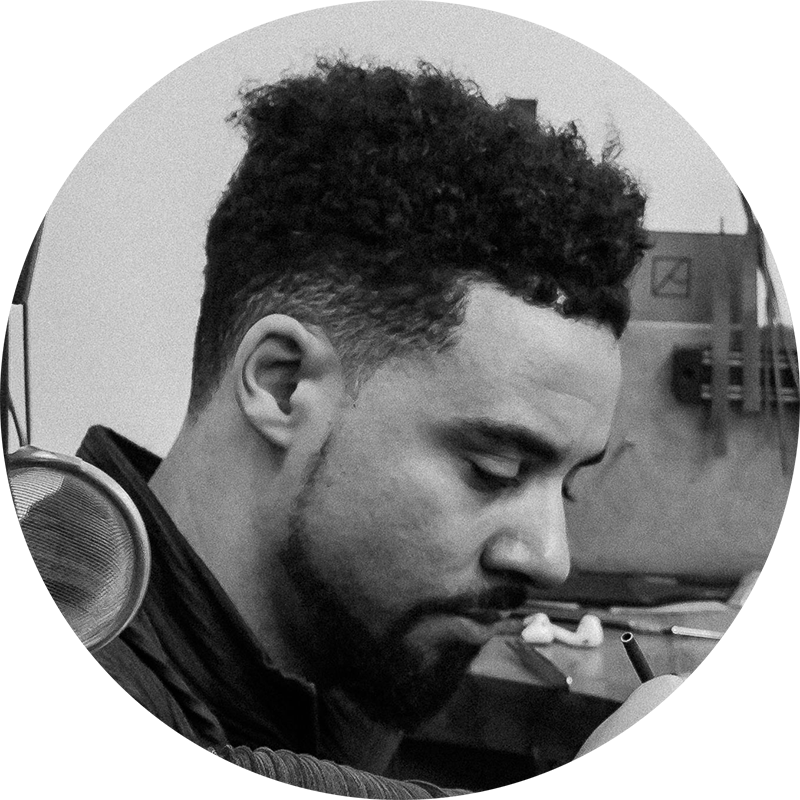 Ryan Nelson is a London based fine jewellery designer and maker. He became a Freeman of the Goldsmiths’ Company in 2010, by Service upon completion of a 5-year diamond mounting apprenticeship with David Lawes. In 2013 Ryan set up his own jewellery studio – Ryan Nelson London.

It is from this studio in Clerkenwell, that Ryan and a small team continue to service the trade as well as catering to private clients. His bespoke training carried through into his quest for excellence in the standard of his work. There is “no slap dash anything”, he and his team constantly push for perfection. He concedes the challenge in this quest of achieving perfection, for those working by hand, of it always being just beyond your grasp; “there’s no such thing as perfection,” he says, “but that’s what we’re chasing all the time”.

Completely hand fabricated fine jewellery is increasingly rare in this age of CAD/CAM manufacture, a technological wave that is encroaching, not unlike the industrial revolution upon which previous generations found long held traditions upended. Even the most storied houses frequently keep these traditional skills only for the preserve of their most significant jewellery pieces. It is through opening up a window into his world and sharing the centuries old processes that are still undertaken in his studio that he has amassed a large social media following on Instagram, over 41.5K and counting! That and the crispness of his execution.

In an industry that is known for its secrecy and almost alchemical mystery many have asked why he would give away so much with seemingly little in return, but Ryan’s openness and infectious enthusiasm shines through almost any interaction and that is clearly proving contagious. Many of those that follow Ryan on Instagram are fellow jewellers – some have even been inspired to enter the trade via his introduction to the jeweller’s arsenal of techniques. Ryan is dismayed that once prevalent knowledge and skills of handmade fabrication are fading with the passage of time and that this aspect of the industry is shrinking with fewer young people considering such specialist training, and more and more companies shifting aspects of their production from the handmade to forms of mass production. For him transparency is the key to fostering appreciation of these skills and the perceived value in this approach to making.

The nature of social media also helps to break down some of the formality surrounding the world of bespoke hand-crafted jewellery, lending a democratisation to the process of securing the services of a bespoke jeweller.

There is something refreshing about watching this level of craftsmanship displayed and so well communicated and articulated by someone so young. The openness and accessibility that is the nature of social media also helps to break down some of the formality surrounding the world of bespoke hand-crafted jewellery, lending a democratisation to the process of securing the services of a bespoke jeweller. That being said there are only so many pieces you can field at a time working in this arena and when the orders are coming in thick and fast how do you safeguard that accessibility? By developing fine jewellery collections evoking the sharp angles, clean lines and structural authority that signify your bespoke pieces and moving into new aspects of the retail market beyond the bespoke, that’s how.

Ryan and his team have been working on developing pieces for immediate purchase that can be ordered from his website. The challenge for Ryan will be finding the time and space outside of his bespoke work and his service to the industry to realise all of the ideas that are ruminating in the background of his mind. One feels he has only scratched the surface in terms of what is possible in the development of his offering.

2021 will be about growth on many levels as the team expands with the addition of a new member of staff and the studio recently relocated into a larger premises. It will be a big year for Ryan especially, with the recent arrival of his baby daughter – adding fatherhood into the mix. The new space will better allow him to facilitate hosting the small classes that developed out of the requests from individuals to come and train with him (once things open up for this kind of face-to-face teaching again). Some even travelling in from abroad so keen were they to benefit from his expertise.

He finds teaching exciting, and sees it as part and parcel of what he does, stating his belief that, “you grow as a craftsman through teaching others”. Having learnt at the bench himself at a young age has helped foster his ease and confidence with teaching. Our notions of teaching and education once increasingly formalised and institutionalised are shifting – collectively and historically this has always in reality been more fluid. The way we currently access information is challenging these notions and changing commonly held perceptions of who holds knowledge and how knowledge is disseminated. Ryan is an educator in the broader sense of the word.

Craftsmanship is an attitude and those that truly embrace it are all the better for it.

Craftmanship is about far more than being a skilled maker. The concentration, time and effort required, the embracing of the mundane and methodical fosters resolve and an increased capacity for patience, alongside mastery. It requires humility and the power of possibility to sit hand in hand. This spills out into other aspects of our lives. Craftsmanship is an attitude and those that truly embrace it are all the better for it.

It seems an easy thing to define – the skill with which something is made. It has become synonymous with the concept of the mastery of that particular skill or craft and a commitment to certain standards of excellence and quality. We speak of people honing their craft over many years, but we rarely look beyond the skill and the objects that are the results of these concerted and sustained efforts. It’s understandable, many people who dedicate their lives to this mastery strive for the work to be front and centre. For each line or curve to speak of the care and attention poured into each and every detail. But occasionally we meet someone who is a true embodiment of the principles of craftsmanship beyond the workshop and when this is the case the genuine care with which they undertake their craft is reflected in their attitude to life, to themselves and to others.

The true test of mastery of any craft is moving beyond the craft itself to becoming a resource and inspiration for others – for it is then that your value and skill is undeniable. This is the mark of excellence.

Ryan Nelson is a London based fine jewellery designer and maker. He became a Freeman of the Goldsmiths’ Company in 2010, by Service upon completion of a 5-year diamond mounting apprenticeship with David Lawes. In 2013 Ryan set up his own jewellery studio – Ryan Nelson London. 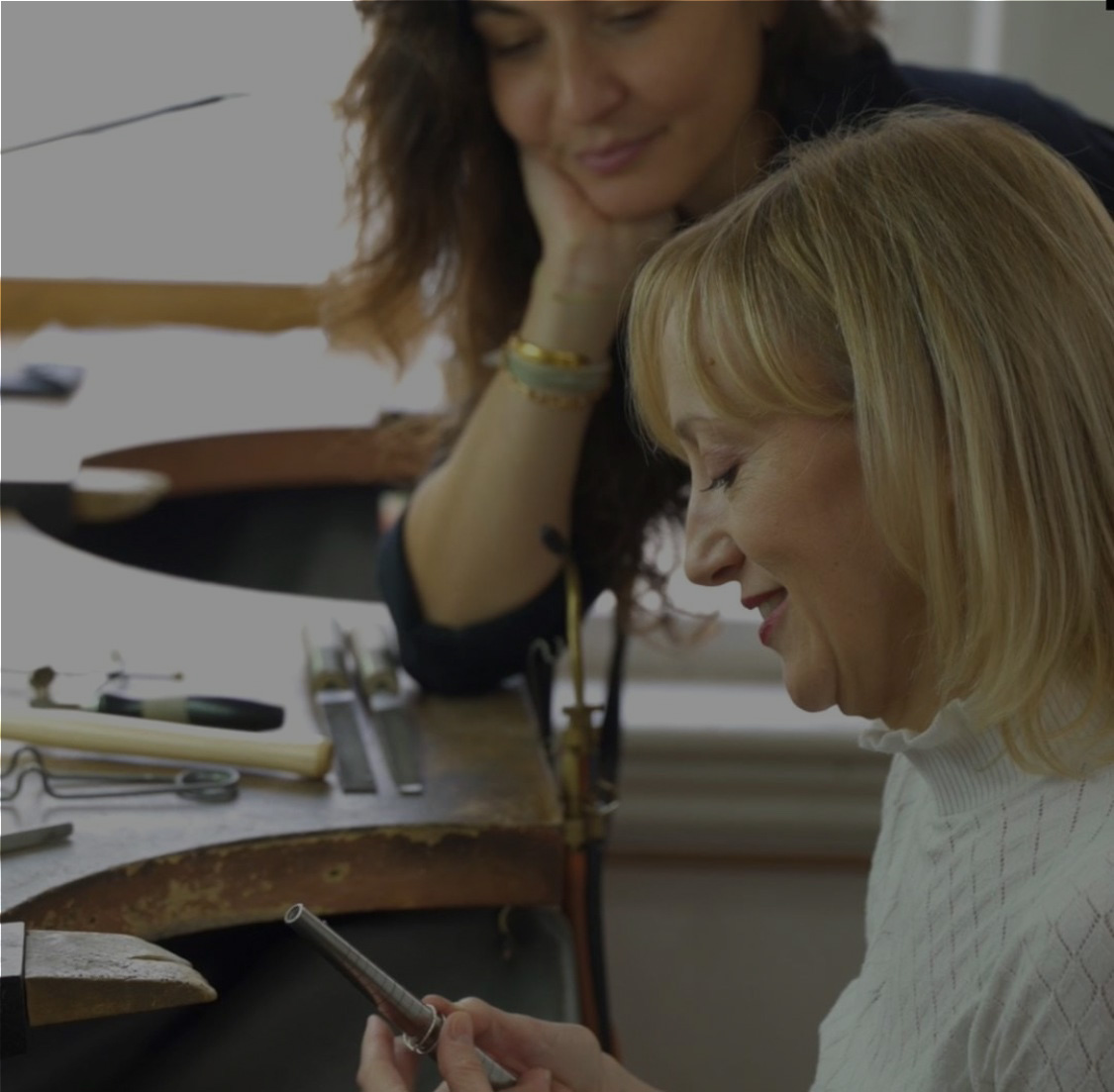 “A circular shape which symbolised the beginning and end of all things”: How a ring concept came to mean much more than technical triumph 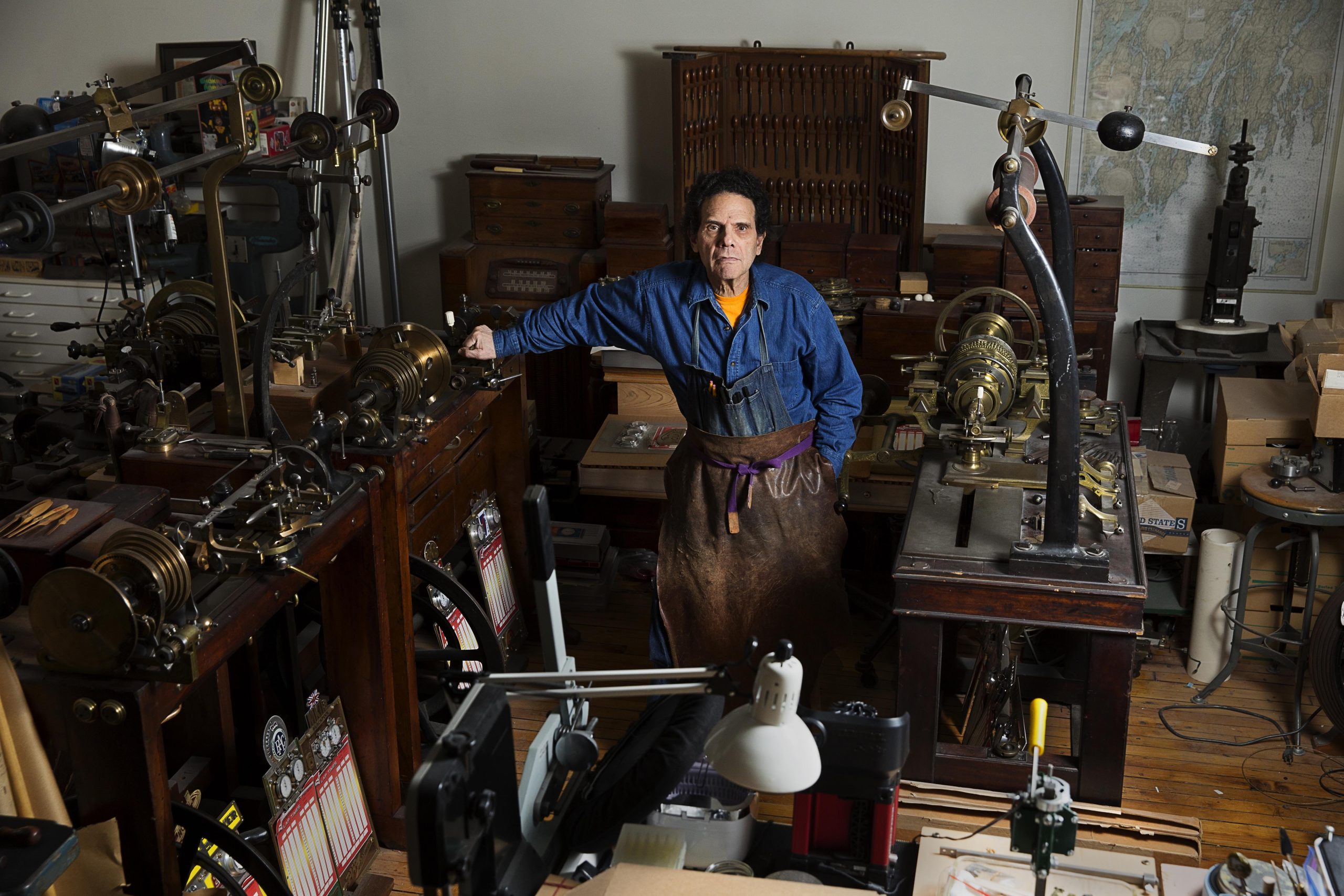