Jacqueline Mina: the jeweller-forensic who uncovered the secrets of Roman gold

When goldsmith Jacqueline Mina agreed to help investigate fragments of ancient gold thread found on a buried Roman skeleton, it was clear it would become one of London’s most significant archaeological finds. The remains of the woman would come to be known as the Princess of the City and would help define some of Mina’s best examples of contemporary jewellery.

On 14 March 1999, a team from Museum of London Archaeology discovered a large Roman sarcophagus dating to the 4th century AD right on a development site at Spitalfields, east London. The excavations – 400 metres east of the Roman city of Londinium – had unearthed a Roman cemetery.

Of the estimated 150 graves found on the site right at the edge of the Square Mile, this stone sarcophagus, intact with a rare lead coffin, was particularly significant. It was the first such discovery in London in over 100 years, and as such, the first to benefit from proper scientific analysis. As the then director of the Museum, Dr Simon Thurley, commented: “We knew we had a find with the potential to rewrite the way we see the history of Roman London.”

Indeed, the lavishly decorated lead coffin was a promise of what the archaeologists were later to find inside: an unusually well-preserved Roman skeleton and a dazzling array of grave goods. News articles from the time excitedly reported that when the lid of the coffin was removed, archaeologists and conservators had to work around the clock for 36 hours to preserve the contents before they dried out. Gradually, jewellery, scraps of textile and even, miraculously, a pillow of bay leaves (on which the occupant’s head would have rested) were uncovered, preserved by layers of silt that had seeped into the coffin. Also amongst the treasure, buried in the mud, were tiny, tantalising fragments of gold thread. 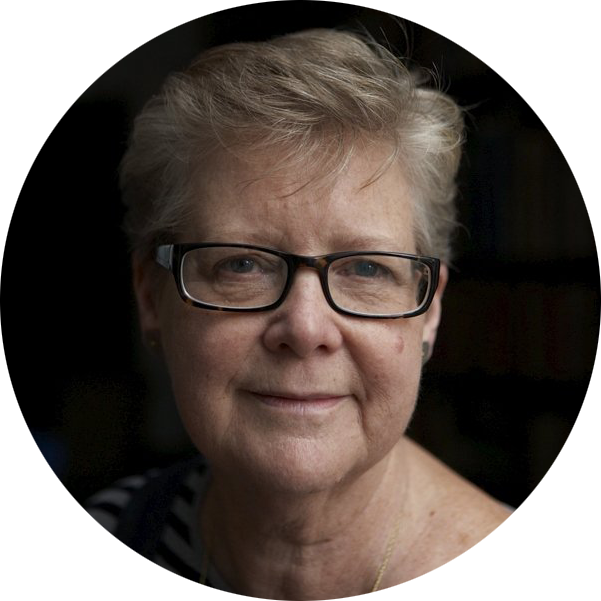 Jacqueline Mina was lecturer at the Royal College of Art from 1972 until 1994, and has made a significant contribution to art education. Liveryman of the Goldsmiths’ Company and winner of the Jerwood Applied Arts Prize for Jewellery, Jacqueline is represented in major museums and galleries across the world, including the Smithsonian Design Museum, New York and the Victoria & Albert Museum, London.

A short time later the Museum of London invited goldsmith Jacqueline Mina to research the fragments of gold thread from the coffin. It was at the suggestion of the Goldsmiths’ Company that Jacqueline was brought in to share her expertise. “I am not a historian, so it seemed a bit daunting,” Jacqueline reflects today. She was no stranger to the ancient world, having developed a jewellery series a few years earlier inspired by early Cycladic sculpture (small, highly stylised depictions of the human form made from Greek Cycladic marble) at the Goulandris Museum, Athens; but Jacqueline had never worked directly with historical artefacts before. Her practical experience however, gave her a unique insight. Jacqueline quickly realised that the ‘thread’ she was dealing with was not thread at all: “It was short tubes (approximately 5 mm long x 0.5 mm diam.) made of gold ‘ribbon’, with an organic residue inside.”

Jacqueline’s task was to analyse the techniques used to form the thread. She explains that before the invention of the drawplate, making gold wire was a long, multi-stepped process. Goldsmiths of antiquity would have to melt the metal into an ingot or a granule then beat it until it was stretched to the required thinness, cut a ‘ribbon’ from the edge and then twist it into a ‘barley-sugar’ form. Jacqueline found that if you continue twisting it, the form collapsed into itself creating a tube with diagonal striations. To create wire (suitable for use in filigree, for example) it then had to be rolled between two flat plates which reduced the diameter and increased the length; the striations now only visible under magnification. This ancient ‘striptwist’ technique was employed in various crafts on different scales.

In Jacqueline’s experiments, the silk that she twisted with the gold ended up inside the tube, which could explain the organic residue found inside the Roman fragments. Much research ensued and Jacqueline was able to join the dots. “This suggested a kind of embroidery known as ‘Laid-work’ used in ceremonial embellishments (such as epaulettes) in which small tubes of coiled metal are laid on top of a textile and held to it by passing a thread up from the back of the fabric, through the centre of the tube then back into the fabric,” she explains. “I deemed it possible that this could have explained the presence of the gold fragments and was able to show the ancient textile experts my practical findings, which they accepted.’

One of the most exciting things I discovered was that when I untwisted the ‘tube’, the most beautiful natural curves appeared, resembling the helical form inside a shell. I used this phenomenon to create a new body of work.

Dressed for burial in a gold embroidered shroud or robes, this was clearly a very wealthy individual. Perhaps less obvious by today’s standards is the elite status signified by the stone sarcophagus and lead coffin – materials that were the preserve of the Roman elite. Osteology had shown that the skeleton was female and aged between 18-25 years old. In a BBC television programme about the discovery the skeleton was named ‘Princess of the City’. Jacqueline demonstrated the strip twist technique on the television programme (aired 13th January 2000), scaling up the process in base metal.

After completing her research, Jacqueline continued to explore the striptwist technique: “One of the most exciting things I discovered was that when I untwisted the ‘tube’, the most beautiful natural curves appeared, resembling the helical form inside a shell. I used this phenomenon to create a new body of work.” Her first collection using the striptwist was unveiled in 2004/5. A necklace from the collection with nine 18ct gold striptwists, and pendant/plaque of 18ct gold with platinum wire fusion inlay, is at once reminiscent of archaic metalwork and utterly contemporary.

Many subsequent pieces have also incorporated her version of the striptwist, including a bracelet acquired for the Goldsmiths’ Company Collection in 2010. Shortly after the acquisition, the Company staged the retrospective exhibition, ‘Dialogues in Gold’, with a section dedicated to this chapter of work called ‘Collection of a Princess’.

Since the Spitalfields Roman project, Jacqueline has continued to do important work on archaic goldsmithing techniques. Knowing of Jacqueline’s keen interest in the subject, Dr Elizabeth Goring commissioned her to research some ancient Egyptian jewellery in the collection of the National Museums of Scotland. Once again she was tasked with working out how the gold had been worked without evidently having been cast or soldered – a question it would take her two years to answer.

For Jacqueline the fascination with the ancient striptwist endures and she says she still isn’t done. “I’m particularly fond of the result of nestling two untwisted strip-twists into each other, as in the brooch [above]. I feel there’s a spirit and a harmony about it.” She explains that she has always been captivated by the twist in all its forms in nature and has used it one way or another throughout her work, including her most recent commission for a set of prayer beads.

Jacqueline says that as a contemporary goldsmith researching ancient techniques, the acquired practical knowledge feeds into experimentation and innovation, stimulating exciting ways of developing new ideas in gold. Her work not only illustrates the importance of remembering the craft’s heritage and how it can inspire contemporary making, but also the continuation of ancient handmaking skills, whether passed down or waiting to be rediscovered in another millennia.

Jacqueline Mina was lecturer at the Royal College of Art from 1972 until 1994, and has made a significant contribution to art education. Liveryman of the Goldsmiths’ Company and winner of the Jerwood Applied Arts Prize for Jewellery, Jacqueline is represented in major museums and galleries across the world, including the Smithsonian Design Museum, New York and the Victoria & Albert Museum, London. 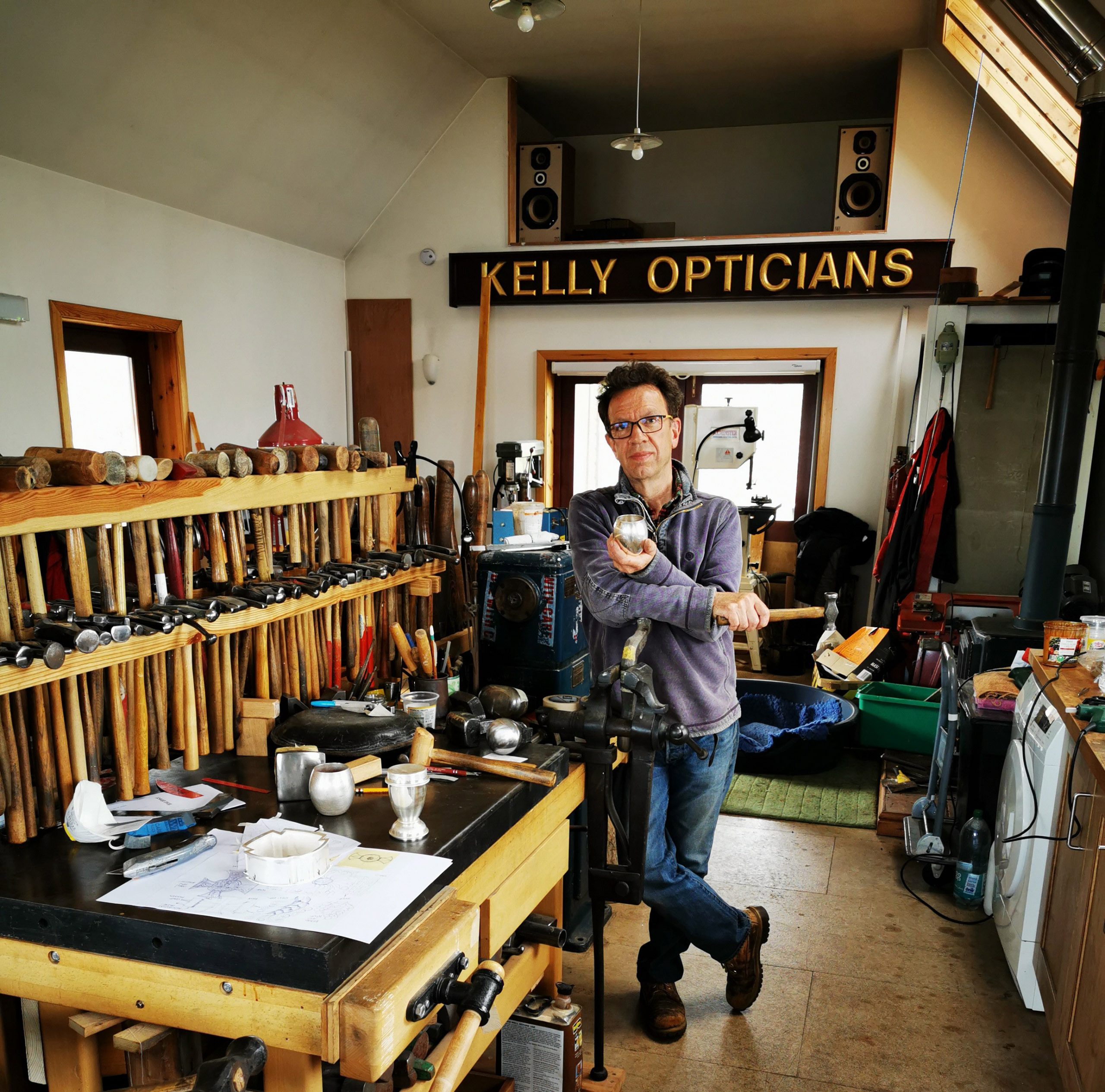 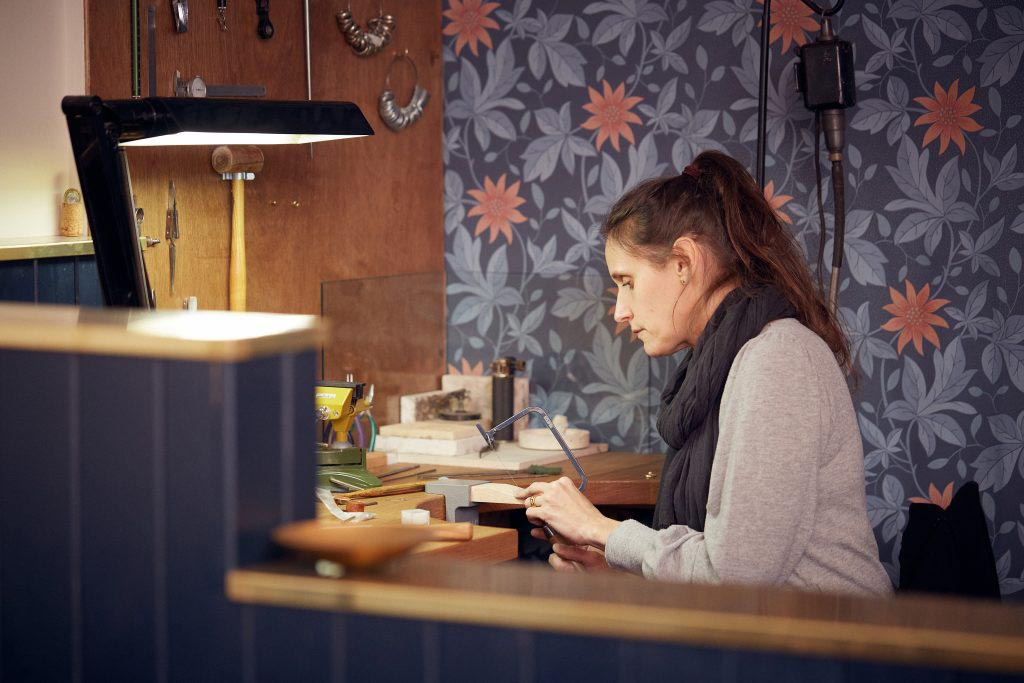 Cadby & Co: The facets of a family business