Isolated at his workshop on the Shetland Islands, but not entirely alone with his dog Crosby for company, Rod Kelly, master silversmith speaks about his long view of life, creating, making and finding new ways to pass on his skills.

It’s 8am, and the tranquillity of Muckle-Roe, Shetland is interrupted by the sound of Rod’s quad bike starting up. He’s making the short journey up to his allocated peat bank, which provides the fuel for his workshop. He makes a neat bundle of peats on the trailer, ties it down with rope and draws a knife out to cut it to length. Fuel gathered for several weeks, he heads back under crisp blue skies, the turquoise of the North Sea visible from every direction. With the peats stacked and stored drying, he’s ready for the workshop. 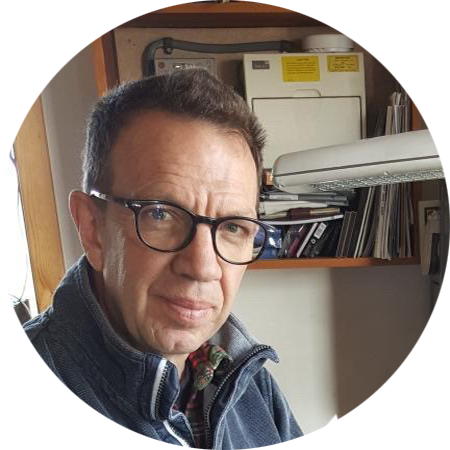 Rod Kelly is a master silversmith and Liveryman of the Goldsmiths’ Company. He is based in the Shetland Isles, where is has had a workshop for the last 15 years.

“It’s a bit surreal, but I’m actually quite enjoying it,” says Rod of the coronavirus lockdown, as he chats to me over the phone with his feet now up on the bench outside his workshop, coffee in hand. “Not only am I used to the isolation, but it’s actually taken some pressure off, I’m more relaxed and taking more time to myself.” It’s been a particularly warm and sunny April on Shetland and from almost every window of Rod’s workshop there’s a new aspect of the coastline to discover. It’s the perfect place to escape the world and for Rod it’s where he has been coming for the last 15 years, not just to work, but to teach and spend time with students.

As a passionate educator, the need to pass on these skills has only grown in importance in later life. “It’s my duty to teach,” says Rod. “The industry used to be a very unwelcoming place, so if I can help young people, that’s what I’ll do.” Being unable to run his usual workshops, Rod has been sharing skills and techniques via regular videos on Instagram, centred on the journey of making a large silver dish. From annealing (heating the silver to a red heat so it softens) and soldering, to planishing, (finely shaping and smoothing) and adding pitch ready for low relief chasing. “The response has been overwhelming,” he says.

The videos, along with being a hit on Instagram, have allowed Rod to continue applying his sense of duty toward the industry and to reach new audiences from around the world. Having never filmed himself working before he sees it as just one of “many new ways of working to emerge from this experience”. But it’s more than that. Teaching has become part of his identity.

Some of the country’s most talented silversmiths have passed through his workshop in Muckle Roe as part of the South House Silver Workshop Trust: Nan Nan Liu, Rauni Higson, Abigail Brown, Ndidi Ekubia, Miriam Hanid, not to mention “probably 80 students from Bishopsland” – a postgraduate residential centre for aspiring silversmiths. For Rod it’s a logical life cycle for any physical skill:

You can’t just write these things down, they must be taught in the traditional sense and worked at. I only really have five or ten years left of my career, so I have to be generous with my skills and knowledge.

One of the added bonuses of creating videos of making on a social media platform is that there are craftspeople of all ages from around the world at different stages in their careers. So, it’s not just the young that Rod has been so successful at engaging with. Silversmiths of varying skill levels have been in contact with him from Brazil to Canada. “It’s been a way to get through so far,” he reflects, “although I haven’t seen anybody in a long time now, making videos has opened up another kind of family.”

Rod hopes that more silversmithing skills can be shared digitally and that’s exactly what’s going to happen with his recordings. The Goldsmiths’ Centre will soon be turning his social media clips into online educational resources. More young people will be visiting Shetland than he ever thought possible.

For all of this time making and sharing videos and finding new ways to connect, when speaking with Rod you quickly realise he has the kind of character and self-acceptance that deals with hardship and isolation well. The benefits of having age and experience on your side is acquiring a hard-won knowledge about yourself and feeling comfortable with your own company for prolonged periods.

He does however, worry about the mental health of others, particularly young people and lists the benefits of meditation and Pilates as helping him to develop an inner strength and a more relaxed attitude to life. It’s easy to understand why he’s such a successful mentor:

Life is just a routine, says Rod, if you’ve got a good routine, you’re half way to a good life.

But this headspace wasn’t easily won. His perspective on life and the values he holds close have changed dramatically since he lost his 22-year-old son Jamie in a car accident two years ago:“I now know what is important and I try to find solace in the work I do with young makers. Jamie would have certainly approved.”

His role as a prominent educator in British silversmithing has never been more apparent, but neither has his role as an educator, full stop. One of the more important lessons Rod can impart on his students, based on his experience, is the beauty and privilege of taking the long view of life and of making; and taking a step back to choose the projects and paths that are right for us.

The peat fire in the workshop smoulders with a faint glow, as we come to the end of our chat. Crosby settles down for a nap and Rod’s acoustic folk playlist changes to a track from Neil Young’s ‘Harvest’. There’s more work to be done on the dish tomorrow but that’s OK, life is running on a different schedule and getting older isn’t all that bad.

Simply fill in the form below with your details and a brief summary of your story and we’ll be in touch.

Rod Kelly is a master silversmith and Liveryman of the Goldsmiths’ Company. He is based in the Shetland Isles, where is has had a workshop for the last 15 years. 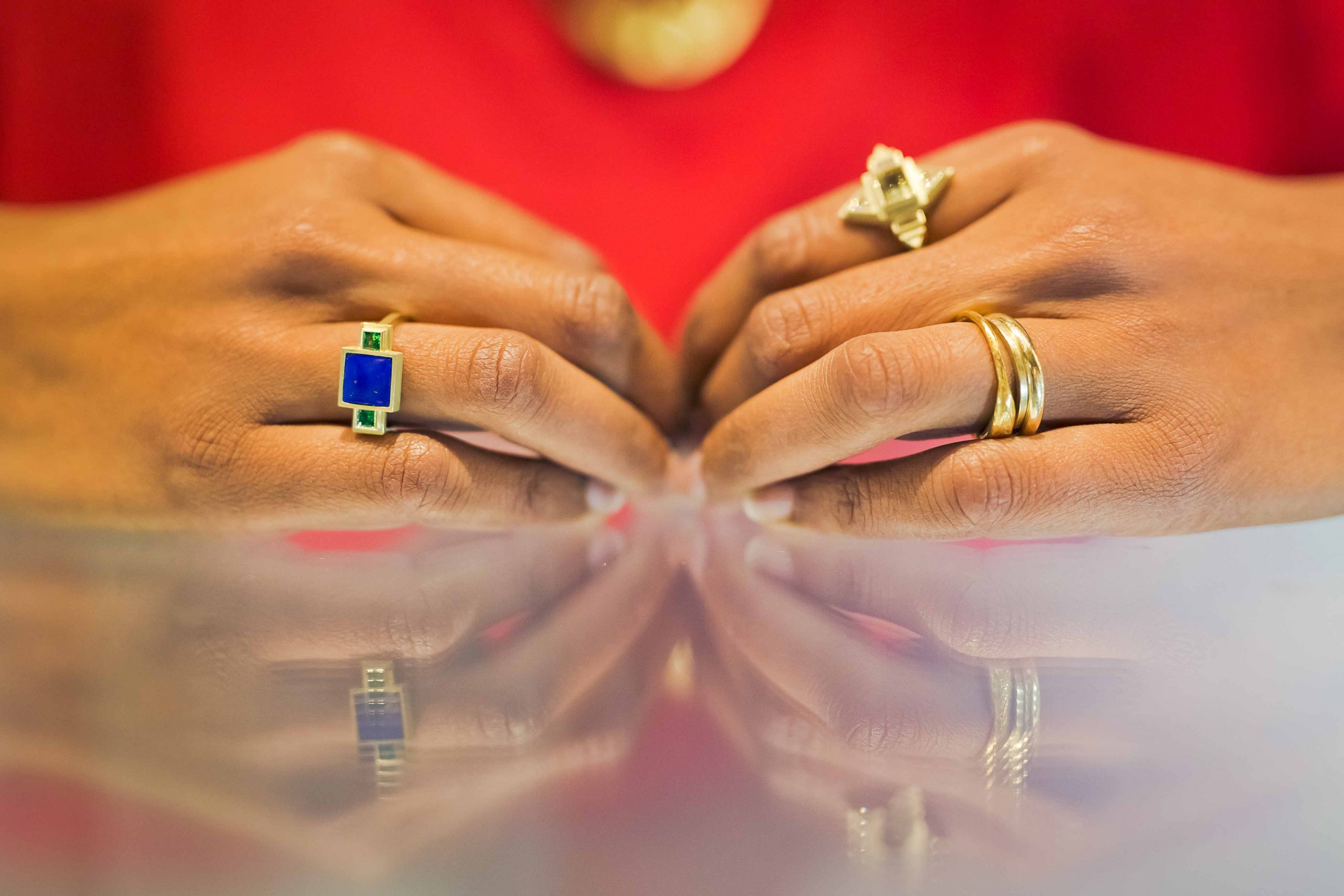 Remaking heritage: why designer-maker Shivani Patel is looking to reconnect her culture to her work 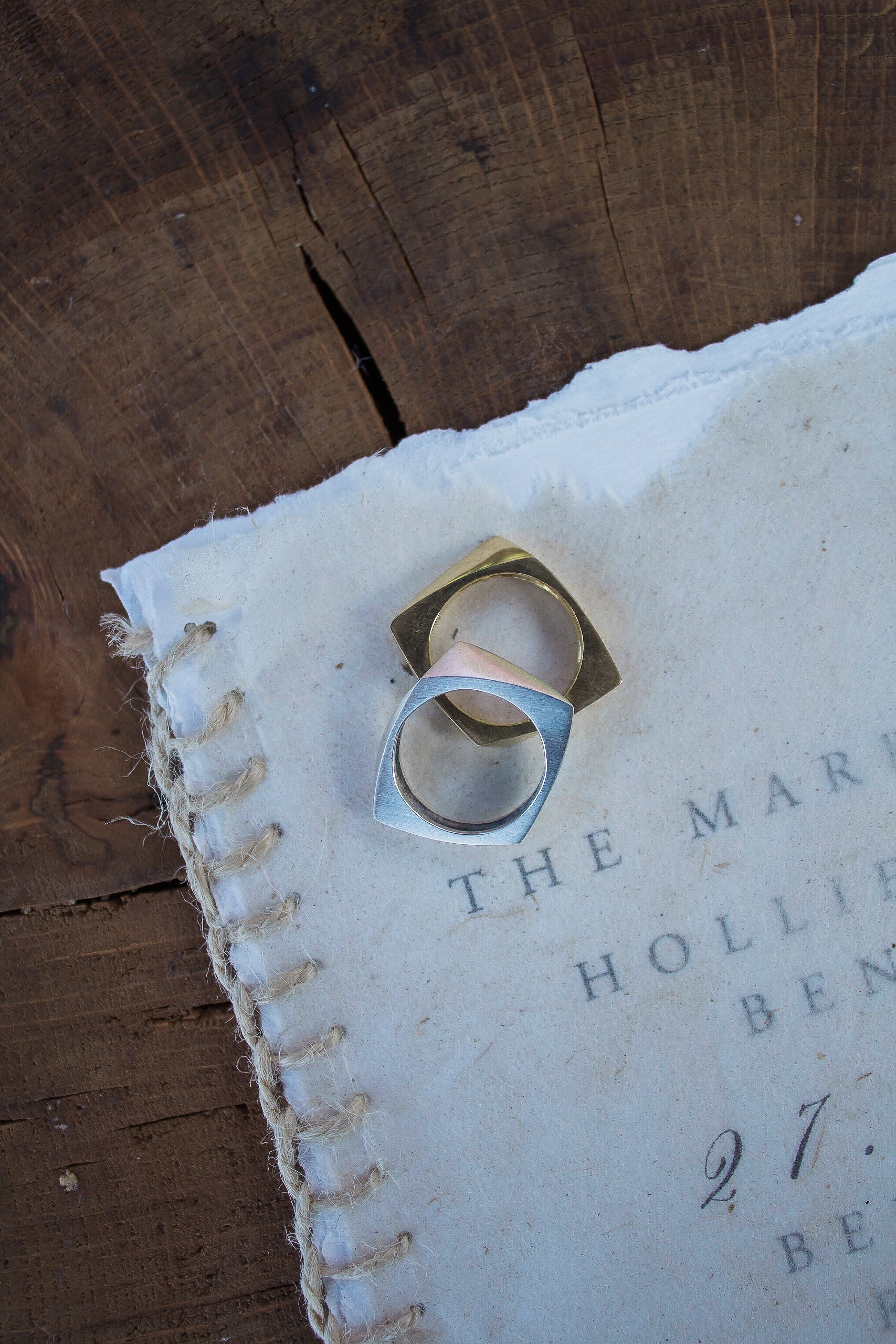 This is not a wedding ring: style, symbolism and the single love story